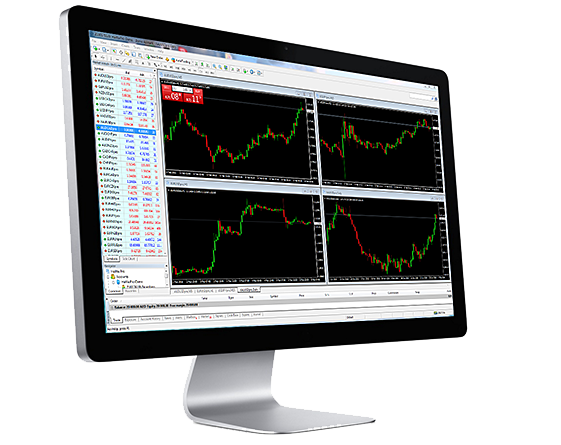 Anyone that knows me will know that a main part of my day job since 2013 has been doing marketing for a Forex broker. I have been involved with almost every part of marketing a brokerage since then. Despite that I hadn’t actually traded Forex with real money up until mid-2015, but when I did a new world opened up for me. One that I had been trained for over the preceding couple of years. I learned everything in theory, followed the financial news and traded on demo accounts but nothing would prepare me for trading Forex for real. Its not that trading Forex changed my life or anything but the emotional and psychological side of trading cannot be learned from books or in a classroom. The way you feel when you open a position and the market goes with you or against you is really profound. For those of you that havent traded before here are some of the first things I found out:

The reactions mentioned above are based on pure emotions and no logic, specifically with points 1 and 2 above logic would dictate you should have the same reaction whether or not you were going to profit or lose. Needless to say my human emotion clouded my logical judgement and lost me money fast as I was basically not willing to take much profits but was willing to let losses run and they often do run very far. I then realised that if I reversed what I was doing it might work in my favour and I may become profitable. Well, I tried but my emotions always blocked me. I also know that even if that might work in the short run it would come to a point where the losses would outweigh the gains, especially when the odds are against us due to the spread. After some psychological adjustment I often let profits run and they came to a point where I achieved very profitable trades but I let them go too far and the market reversed and I lost the gains. It even came to a point when I felt like whenever I placed an order the market would go the opposite direction. It actually felt like the markets were against me in some illogical kind of way. After some time I became good at spotting when a currency pair was trending. However, half of the time I opened a position in the direction of the trend it kept going but I got out too early or waited too long until the trend reversed on itself, sometimes resulting in a loss. I realised seeing where the market was going is one thing but getting in and out of trades at right time to profit is another.

One thing I learned is that trading is tough and everyone has to lose money. In fact over the time I have been trading I actually understand more and more of how much of an amateur I am (despite my in-depth knowledge of how brokers operate). There are plenty of popular indicators such as Bollinger Bands, MACD, RSI, Ichimoku and Moving Average to name just a few, there are also some well recognised chart patterns that can be spotted on different timeframes that can indicate where the market is going. On top of that there is a wealth of economic data releases and also macroeconomic news that affects currencies, equities, commodities and indices – all of which have direct or indirect correlation between them. I sometimes open an order simply based on the chart data in front of me and the minute I do so I suddenly ask myself why didn’t I check the recent economic data related to that currency pair and all news in the relevant region on top of using some indicators. It is at that point when I realise my trade was placed based on a hunch and without taking into consideration important information that is available and that serious institutional market participants use (that influence the market direction). Further to that sometimes I do trade based on all the correct research and still the market does the opposite of what I expected. After all of this emotional turmoil I realised two things. Number one, emotions have no place in trading and number two, the markets quite often do what we dont expect, after all if anyone could predict them they would be rich.

An interesting thing about trading is that although I know the odds are against me and that 90% of traders fail (or so they say) I have a feeling inside me telling me I can do it. Sometimes I listen to that feeling and again get disappointed when I lose, but not enough to make me want to give up. Up until now I have only traded small amounts and my losses only outweigh my gains slightly as I am quite careful so I havent felt the need to quit. Actually, I consider the money I lost well worth it because I have learned so much from the whole process. I have actually taken quite a lot from the experience as it has helped me understand traders better and what they look for in a broker. This is invaluable information in my line of work and it is something I had to take the initiative to do myself. No company training course could do that for me.

There is one question that seriously gets to me though. Would I be able to trade profitably one day if I stuck with it? I know I will never know the answer to that question as I figured out I could make more money spending my time doing something constructive and without the risk of losing money. So, I guess I will never find out!