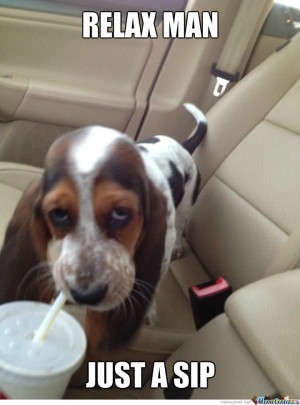 When I was young my Father was in the telecommunications business and it was about the time when the Internet was going mainstream. Back then (about 2001) I couldn’t understand why we were charged more for long distance telephone calls when the Internet provided a worldwide communication channel for a fixed monthly fee. A couple of years later I arrived at University as broadband was just being adopted in the UK. Skype had just started being used by International students to speak to their relatives overseas. I realised that the telecoms business was going to get shaken up by VoIP so I decided to make my final year research paper an analysis of the business opportunities VoIP opened up. It was entitled “VoIP: How this technology is affecting the telecommunications business”. I found it fascinating and did walk away with some interesting knowledge but didn’t end up utilising the knowledge in my career. Now fast forward about 10 years and I found myself involved with international Internet businesses and have family and friends spread over many countries. All of a sudden I had a serious requirement to find a better way to make and receive calls. I looked into and used calling cards and Skype, both of which provided a solution but nothing that convenient or professional. In the end I went with a SIP solution, learned all about IP phones, IP PBX’ like Asterisk and also found out that a good smartphone can be used directly with a SIP trunk using a decent app.

Back in 2013 I signed up with Orbtalk, which provided me a prepaid SIP trunk and a London telephone number. The trunk could be hooked up to an IP PBX or directly with a single IP phone or on a PC or mobile using a SIP app. Within minutes I had it configured to work on my Android smartphone, which I connected to the Internet by WiFi. I was blown away that it was so simple to setup my mobile to place International calls at rock bottom prices from anywhere there was an Internet connection. Any calls I made would show the recipient my London number and I could also receive calls with that number. It wasn’t plain sailing though as a lot of the calls initially suffered from poor quality. After doing a lot of tinkering I found out that a lot of the SIP apps didn’t work well on my phone but found that Zoiper improved things a lot. The big bang came when I upgraded my smartphone to a Nexus 5 and things started working near flawlessly with quite often better call quality than over GSM. So in the end I found out that my original phone had issues with VoIP, which may have been the substandard hardware or something to do with the Android custom ROMs I used to run. I was running Zoiper on my Nexus 5 but when I upgraded to Lollipop it sounded like I was making a call underwater. Zoiper announced a bug with Nexus 5 phones running Lollipop (which is now fixed) but instead of waiting for it to be fixed I switched to CSIP Simple which is an Open Source SIP client project that works really well. I am really impressed at how CSIP integrates with my phones native dialler. I go to make a standard call and it gives me the option of GSM or 2 of the SIP providers I have setup. If I have no internet it simply places the call via GSM without asking. I also configured it purely for outbound calls so the phone only connects to the SIP server when a call is made. This saves battery on my phone. I then set the London number provided by Orbtalk to redirect to my Cyprus mobile number directly so I can receive calls from that number in perfect clarity even when I don’t have an Internet connection. This is really useful as it allows my family and friends in the UK to call me for the cost of a national call. I actually have to pay to receive these calls but the cost is quite insignificant. In addition to Orbtalk I also signed up with Localphone.com which provides significantly cheaper pricing to UK mobiles but isn’t quite as reliable as Orbtalk with my setup. Therefore I use both services together depending on the recipient or network I’m connected to. If anyone is interested with these two providers I have summarised them below:

VoIP/SIP provider suited for business, providing professional grade SIP trunks, hosted Asterisk PBX systems, geographic numbers and guaranteed high quality calls with strong support by phone and a ticketing system. Will not charge VAT to companies that are outside the EU or are inside the EU and provide a VAT number. They can provide a SIP trunk with 2 channels and a UK landline for £1 per month + prepaid calling credit. My experience is that the calls quality and reliability of the service is outstanding; it simply always works well.

VoIP/SIP provider that is aimed squarely at individuals, not businesses. Put prepaid credit on your account and you get a SIP account, optional voicemail, you can buy geographic numbers, use local access numbers to place calls without an Internet phone, access historical call history, PDF bills and there is lots of other functionality. You can even set the caller ID to a number you own but that does require validation. The whole system is web-based and everything is automated. Calls to UK mobiles are less than 2p per minute, which no other provider comes close to. The only negative is that call quality or connection is not flawless every time, even though it is good most of the time. I believe this is down to a large user base due the retail nature of their offering.